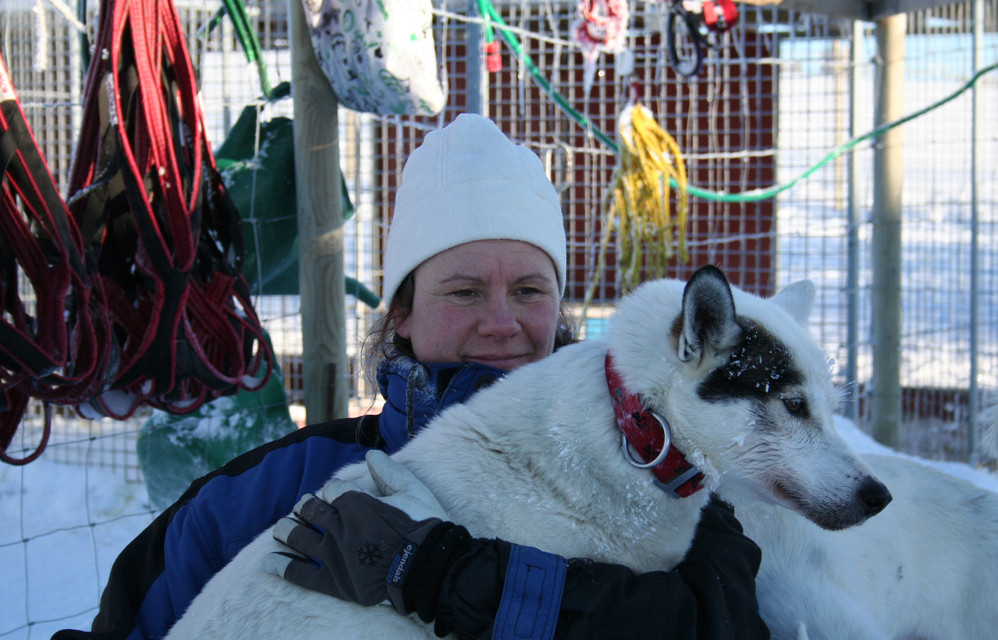 I actually do not believe that quotes or mottos are great to have because of the risk that they might control me when trying to live by them. However I do have a few that I really do live by, and they do control me, and that’s alright! One is “Impossible is nothing”. I really like to think so, and I always look straight through obstacles as if they were invisible.

So a little about me:
Danish originally!
I was educated 1988 as production purchaser within advertising and in 1989-1992 as hand bookbinder (very old handcraft). Worked at Advertising agencies 1993-2002. International ICC Coach since 2007. My profession is Business Advisor and Facilitator/Coach for organizations and individuals. In the year 2002 we realized that a life with our beloved Siberian Husky sled dogs, could be even a more wonderful life if we
lived in Sweden where the snow is. So we moved from Denmark to Jämtland in Sweden.
After a total 16 years of marriage a friendly divorce came along. I became the single owner of Kennel Petruchka and in 2008 I found my new life partner Kjell. Together we run his creation Camp Dannevall, which is the ultimate luxury accommodation in the wilderness!

Our vision:
Camp Dannevall is the number one choice when seeking privacy and luxury in the  adventures Jämtland. Camp Dannevall always leaves you with the wish to want to come back.

I have visited 14 countries in Europe, Greenland, 25 states in the US and China. Lived in 2 foreign countries for more than one year.
Was a member of the Danish National Parachute team for several years. Has 1400 parachute jumps.
Was Vice president for 3 years of WSA.